By clicking Submit you verify that you are 21 years of age or older and agree to our cookie policy.

Hosting a fantasy football draft party isn't rocket science, but it's the little details that go a long way. If you are looking to make the jump from an onilne draft to a live one, make sure you check out our tips first!

August brings us the final warm days of summer. Vacations are coming to an end and fall is right around the corner. This is my absolute favorite time of the year, and as an avid football fan it is hard for me to contain my excitement. Preseason play is in full swing and before I know it a new football season will officially begin.

A few years ago I decided to take my love for football to the next level by joining a fantasy football league. Fantasy football is great, it helps you become a more well rounded fan of the sport because you have to opportunity to get to know players from all 32 teams. It’s also an awesome way to keep in touch with old friends and family members you don’t get to see that often. Since joining my two leagues, I have only participated in online drafts. It can be hard to get everyone together for an in person draft when we all live miles apart. This year, my friends and I were able to align our schedules for the first time ever. I took this opportunity to jump on the chance to host a live draft party! Knowing this was a once in a lifetime chance for us, I decided to make it extra special by creating my own draft party kit. Everything from the draft board to the pretzel bags had my personal DIY touch, even the water bottles got some extra flair. 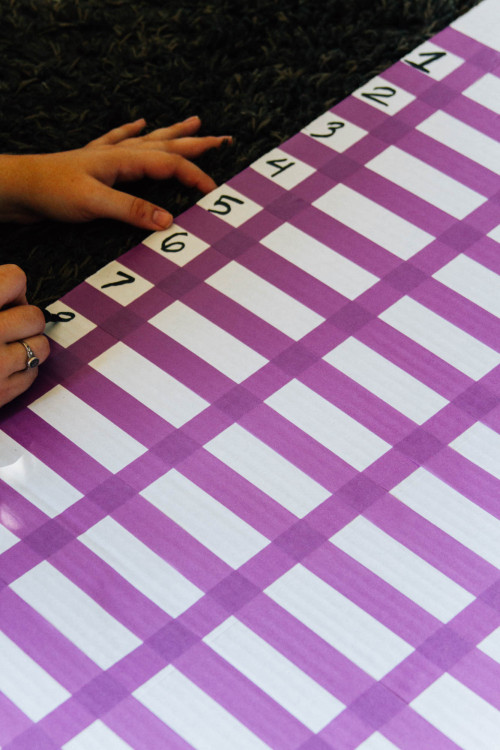 Creating a draft board is pretty simple and takes about an hour to complete — best of all it’s reusable! Just fold it up and store it somewhere safe until next year. My step by step instructions can be found here. To avoid collusion and keep our team’s “Ruxin” in check, I created these referee water bottles. Regulating the league with these whistles helped keep everyone in check (for the most part). You can find the DIY here. As the commish, I had to make sure no one got hangry during the draft. I did that with these crafty, pretzel snack bags. They are so easy to make! You can fill them with just about any fan favorite snack. Instructions can be found here. 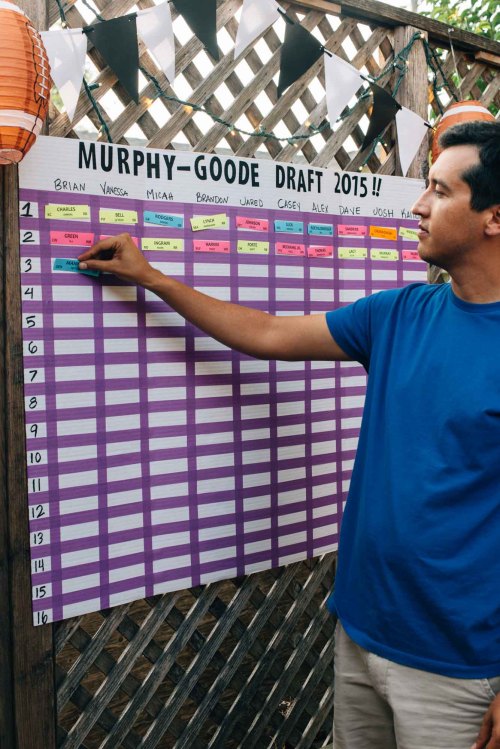 I created a fun menu of finger foods for the draft. My buddies were able to enjoy delicious tri-tip sliders, a tasty fresh veggie & dip platter, and finally some yummy football themed ice cream sandwiches for dessert. For beverages, I made the decision as commissioner to class up the party with some of my favorite Murphy-Goode wines. 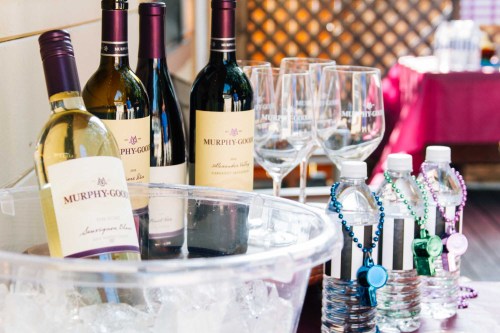 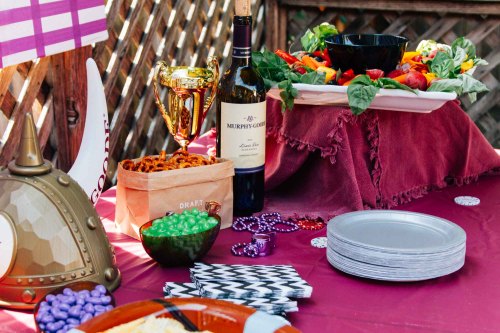 The tri-tip sliders were a fan favorite and they were relatively effortless to make. You can find the tasty recipe here. 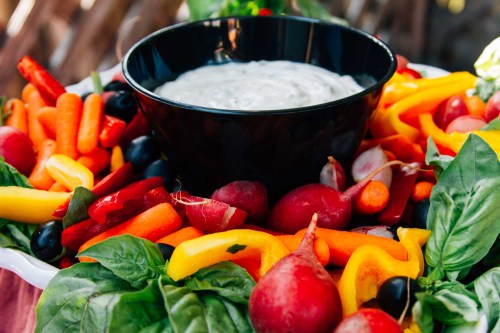 Instead of grabbing a pre-made veggie platter, I decided to make my own to ensure freshness. I simply purchased my favorite vegetables and ranch dip. All you need to do is cut everything to finger food size and find a nice serving tray to present your veggies on. Voila! You have yourself a farm fresh veggie platter. Finally, the ice cream sandwiches were brought out for dessert! Being that it was a hot day, everyone rejoiced as they chowed down on their frozen treat. I used some decorative icing to make the sandwiches look like footballs. You can see the process here. Super easy to make — I’m sure Ray Finkle’s mom would be proud ;) 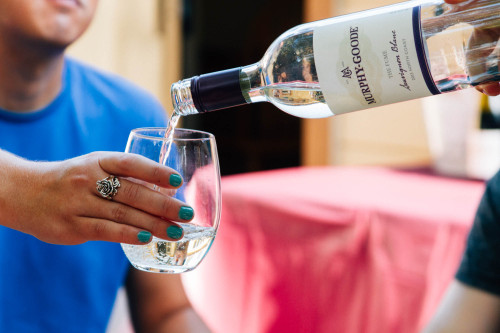 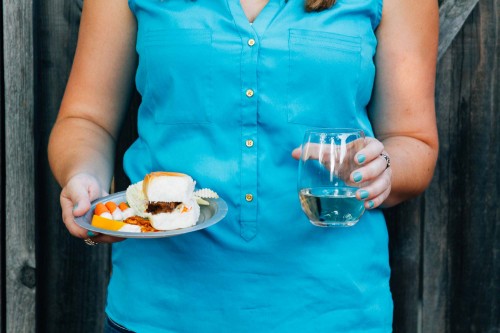 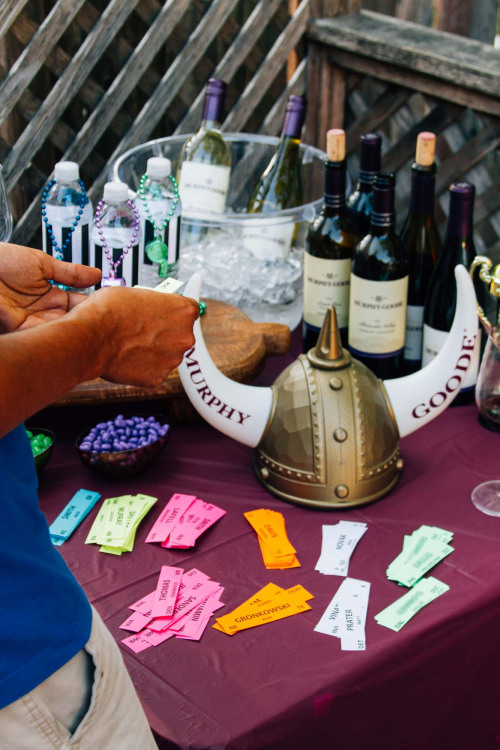 The amount of fun we had the the draft party is indescribable! It was such a blast to have the league in one place talking trash to each other in person. We definitely have another fun and competitive season ahead of us. 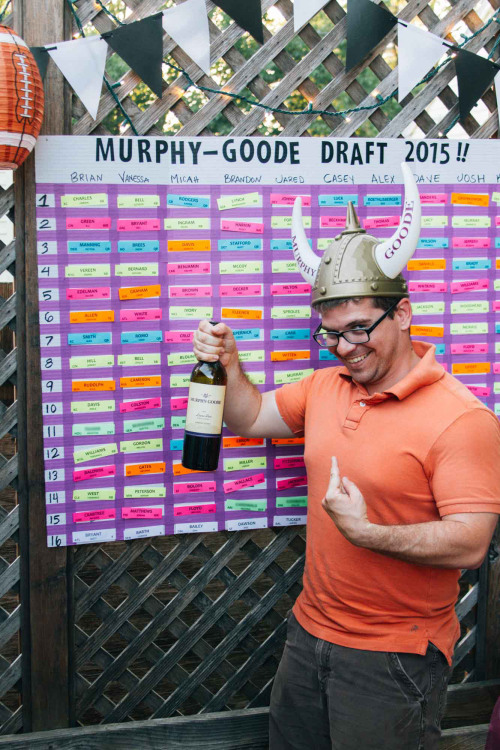 Fingers crossed I dethrone last year’s league champ, and good luck to all of you trying to do the same! I look forward to displaying that championship trophy on my mantel this season.

Our Accessibility document has been recently updated.